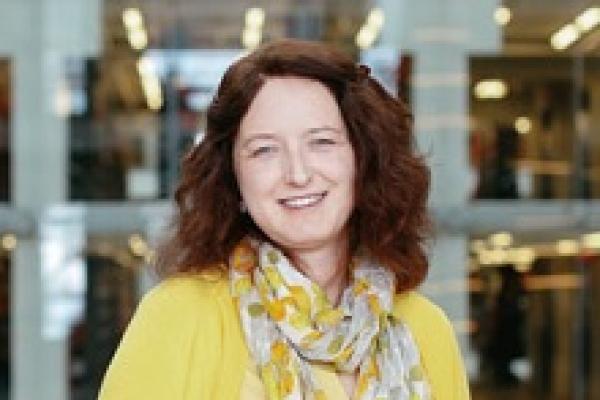 In high school, Virginia Rich, assistant professor of microbiology, thought she wanted to be a poet, but — by her own admission — she realized she wasn’t very good at it. Science, however, was a different story.

“I had some amazing teachers, and the further I got along in my biology classes, the more convinced I was that this was an amazing thing I should do,” said Rich.

Rich received her PhD through the MIT and Woods Hole Oceanographic Institute Joint Program in 2008, then served as a postdoc, then assistant professor at the University of Arizona before joining Ohio State’s Department of Microbiology in 2015.

A “global change” microbiologist, she studies how microorganisms respond to and mediate change caused by human activity, including climate change.

“Women researchers can help address the challenge of our under-representation. We need to share our passion; show and tell the stories of amazing role models so that more young girls can begin to see themselves in STEM fields.”

Rich co-leads an international team of 13 researchers in Arctic Sweden on a quest to understand how thawing permafrost impacts climate change. Permafrost-associated soils cover nearly a quarter of our planet’s land surface and contain more than a third of the world’s soil carbon. When permafrost thaws, the release of carbon into the atmosphere has major implications for climate change.

The three-year project is funded by a $3.75 million Department of Energy grant. Rich draws scientific inspiration from her mother, who, although not a scientist, was a fifth-grade teacher charged with leading science experiments.

“Her curiosity about how things were working as she prepared to teach fifth-graders was absolutely contagious,” Rich said. “Not just that, but her intellectual rigor in evaluating the experiments she was doing still remains my bar for how rigorous I want to be and how excited I want to be about my science.”