Postdoctoral life in a pandemic

Postdoctoral life in a pandemic 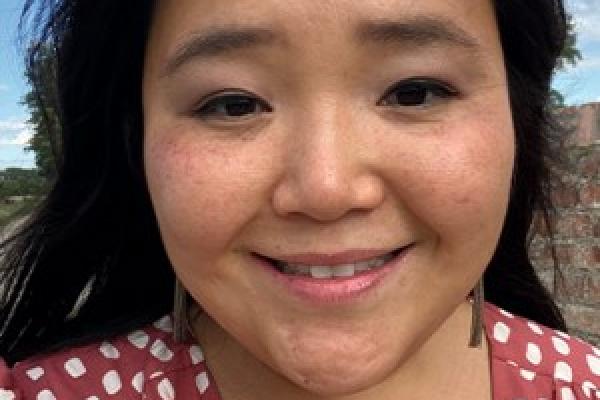 Being a postdoctoral researcher opens many doors, but it can also bring feelings of loneliness and uncertainty, which are exacerbated during a pandemic. Making career choices that support and strengthen mental health should be normalized, writes Ann Gregory.

In December 2018, I started as a postdoctoral researcher in Belgium, making the move from the United States just in time to see the streets ablaze with glittering Christmas decorations. I smiled as I took those first steps towards the next chapter in my life; working at a world-class university in a new country. I had left my family, friends and long-term partner, but I was sure that technology could help me maintain those connections while I made new friendships in my new home.

The first month was a blur. It was full of administrative hurdles such as getting my residency card, opening a bank account and finding a place to live. I didn’t have time to miss anyone, and there was the joy of meeting new lab mates and exploring the Christmas markets. After the holidays, I spent the next few months actively applying for postdoctoral fellowships to extend my initial one-year contract, which I felt I needed before I could settle in my new home. These short-term contracts are the scariest part of being a postdoc. Your job is meant to be temporary and it does not come with job security, even after uprooting your entire life. Fortunately, I was selected to be a European Molecular Biology Organization (EMBO) postdoctoral fellow, which granted me two additional years and gave me peace of mind. The rest of my first year was accompanied by the growing pains of adjusting to a new culture, making a new set of friends and trying (unsuccessfully) to learn the local language. After the excitement of a new start, I settled into the doldrums of the first-year postdoc grind, laying the groundwork for my projects.

Then, the first news of a novel coronavirus circulating in China hit in early 2020. I had already planned a trip back to the United States and did not know how far the virus would spread, so I decided to take the risk and travel home. During my trip, however, it became clear that the virus was spreading and countries began to close their borders. My return flight was cancelled and any flights that were available were beyond my postdoctoral salary budget, so I was stuck. Fortunately, two months later, as both a US citizen and a European Union (EU) resident, I was eventually able to travel back to Belgium. However, the reverse could not be said for EU citizens residing in the United States, and for postdocs in several other countries that also prevented re-entry of non-citizen residents. For many international postdocs, the pandemic meant almost two years without physically seeing their families and friends.

When I returned, the lab was shut down except for essential staff. I was lucky. I could work remotely and productively on my computational projects, but my wet-lab project suffered greatly. A study in Nature that surveyed over 7,500 postdocs revealed that 80% felt that their research suffered during the pandemic (C. Woolston Nature 585, 309–312; 2020), with the fields that required benchwork being the hardest hit (J. Gao et al. Nat. Commun. 12, 6188; 2021).

I admit that I liked working from home at first, but as the pandemic dragged on, the loneliness crept in. Without family nearby and decreased interactions with lab mates, I relied heavily on ‘socially distanced walks’ with my friends for social interactions. These walks, which were a lifeline, became invaded by anti-Chinese taunts (I am Asian American). The pandemic was the first time I experienced true racism. The combination of isolation, stress about my research and being ‘othered’ took a toll on my mental health. I began to question if science was right for me.

I soon realized that I was missing the feeling of a ‘normal’ scientific community that disappeared during the pandemic. The traditional methods we use to build community (that is, within a lab, department, building, or conferences) were not available, and so I began to look for alternatives to build the scientific community that I was craving. Inspired by the growing awareness of minorities in science, technology, engineering and mathematics (STEM) and my own experiences, I helped organize the International Society for Microbial Ecology (ISME) #UnityInDiversity virtual conference. The conference aimed to highlight the work from microbial ecologists across the world and provide a platform for networking during the pandemic. I also applied to and was accepted as the American Society for Microbiology (ASM) Young Ambassador to Belgium, where I helped facilitate a bridge between the ASM and the Belgian microbiology societies and where I worked with fellow ambassadors to put on a virtual conference for early-career researchers. Both activities were a great way to network with other scientists in my field, and helped to alleviate the sense of isolation, even with all the pandemic restrictions.

Nonetheless, as it became clear that the pandemic was going to last longer than a year, I decided I wanted to return home and leave my postdoc position early. Despite making strides to reach out to the scientific community, I felt burnt out and I needed the support of family and friends nearby. I reached out to my scientific network and accepted another postdoc position back in the United States.

I am grateful to both my Belgian and current principal investigators for being understanding about my mental health struggles during the pandemic. Burnout happens and for postdocs, who are often separated from their support networks of family and friends, the pandemic provided a perfect firestorm for it. I encourage principal investigators to be aware of the instability and uncertainty that the pandemic caused and is still causing for many postdocs, and to try and be extra kind to all your lab members right now. Principal investigators do not need to be therapists, but could help to destigmatize burnout by helping to point individuals to institutional mental health resources and to provide support in an otherwise lonely landscape. We should also normalize making academic or scientific career choices that support and strengthen mental health. And to postdocs, you are not alone. It is hard right now and it is okay to make choices that deviate from your career plan or from what is traditionally expected for your happiness and well-being.

To see the article as originally published on Nature.com, please follow this link.