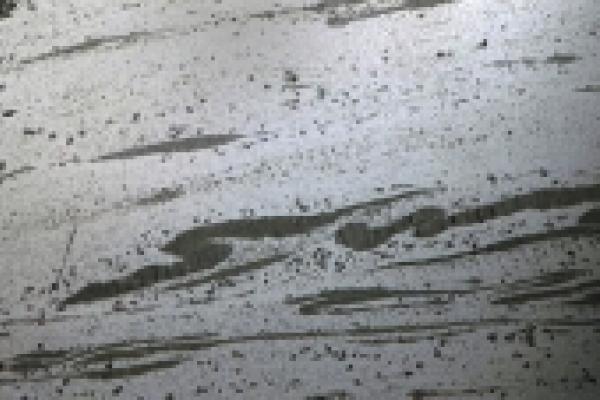 For about a decade, hydraulic fracturing, or the practice of injecting sand, water and chemicals at high pressure into shale formations deep below the ground surface, has boosted the oil and gas industry’s ability to recover more hydrocarbons from wells.

But for Mike Wilkins’ group at The Ohio State University in Columbus, it brought a unique way to look at ecosystem development among microbial communities living in one of the most unlikely environments on Earth.

In 2016, his group was part of a team that published one of the first characterizations of the microbial community present in these hydraulically fractured, or “fracked” shale formations—a “pretty inhospitable” environment 2 kilometers underground of high pressure, high temperature and high salinity. It’s also pretty inaccessible.

So Wilkins’ group makes use of the well operator’s pump that draws the produced fluids, which contain the released hydrocarbons and any microbes flourishing down below, to the surface. “It continually pulls up fluids that have been sitting down there for months on end,” explains Wilkins, a biogeochemist. “It’s a way to get a chemical and biological look at what’s going on down there.”

While significant research has investigated the rock-water reactions in the subsurface during fracking, Wilkins’ group wants to get a better grasp of the microbiology. By combining temporal sampling with powerful genomics and proteomics tools, they track how the microbial community changes and behaves over time. They previously found several salt-tolerant microbial species persisted in the fracked shales over time.

“Humans are totally creating these ecosystems,” he says. In 2016, when his group sampled a pristine, un-fractured shale core from the US Department of Energy’s Marcellus Shale Energy and Environment Laboratory research site to see what might be living there before any human activity, they failed to find inhabitants. “Even with a whole series of molecular tools thrown at it, we couldn’t detect viable life, we couldn’t grow anything,” he recalls. That means the fracking process itself creates new, reactive surfaces to which microbes can attach and introduces chemicals these microbes might use.

In a study published this week in mSphere, Wilkins’ group further describes how one group of salt-loving microbes, Halanaerobium, is most likely using environmental thiosulfate to produce sulfide—a toxic and corrosive chemical that well operators would like to avoid. “Sulfide poses toxicity issues to people working on the well pad, but it also has to be stripped out of the hydrocarbon stream, which costs a huge amount of money,” Wilkins explains.

Sampling a well in southeastern Ohio above the Utica shale formation, the team used assembly-based, shotgun metagenomic sequencing in collaboration with Kelly Wrighton, an environmental microbiologist at Ohio State, to reconstruct the microbial genomes present in the produced fluids of the well. They showed that Halanaerobium grows like a weed, taking over the microbial community by 90 days post-fracking and dominating for at least the next 100 days. [image: banded mass sulfide, Wikimedia Commons]

To continue reading this article, please visit the original publication in mBiosphere