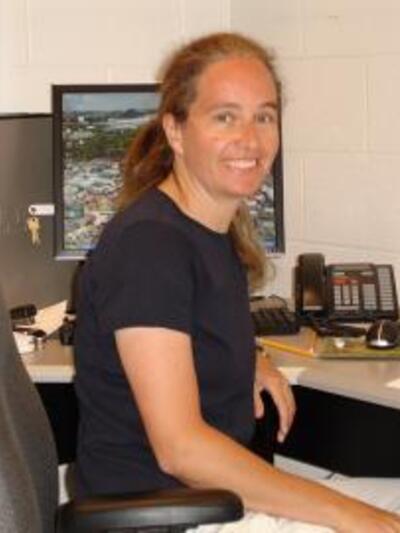 Purple non-sulfur bacteria are some of the most metabolically versatile organisms known. Rhodobacter sphaeroides, Rhodospirillum rubrum, Rhodopseudomonas palustris, etc.can use light as a source of energy (anoxygenic phototrophy) or organic and inorganic compounds as electron donors and acceptors (respiratory and fermentative growth). In addition, these bacteria are also able to use a very large spectrum of carbon sources ranging from carbon dioxide (autotrophic growth) to fermentative products generated by other organisms in the same habitat (heterotrophic growth).

The versatile growth mode of the anoxygenic phototroph Rhodobacter sphaeroides allows the identification of novel metabolic and regulatory pathways controlling ( i) the entry of a given carbon substrate into central carbon metabolism through peripheral pathways and ( ii) the subsequent conversion of initial intermediates into all so-called precursor metabolites (acetyl-CoA, oxaloacetate, pyruvate, phosphoenolpyruvate, alpha-ketoglutarate) from which the synthesis of cell constituents starts. The latter process is referred to as intermediary metabolism. R. sphaeroides is ideally suited for these studies because a given carbon substrate is soley used for synthesis of cell mass during anoxygenic photoheterotrophic growth. Our ultimate goal is to understand how precursor metabolites are provided in a defined ratio to ensure consistent cell composition during growth with different carbon substrates. 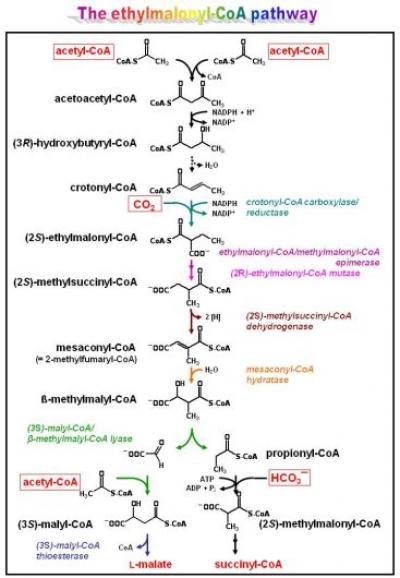 The C3-compound 3-hydroxypropionate has only recently been recognized as an important intermediate in the carbon cycle. For R. sphaeroides, 3-hydroxypropionate is reductively converted via acrylyl-CoA to propionyl-CoA involving an acrylyl-CoA reductase. Oxidation of 3-hydroxypropionate to acetyl-CoA and carbon dioxide may also occur. As a consequence carbon has to be partionioned correctly between the oxidative and reductive route in order to lead to a defined ratio of precursor metabolites that ensures consistent cell composition.