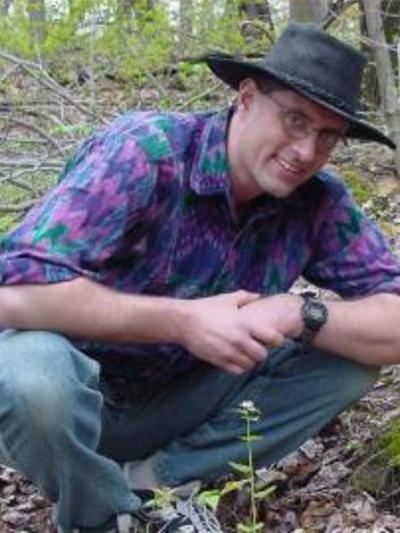 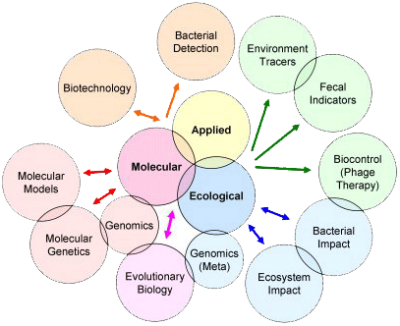 My primary interests are in microbial evolutionary ecology and the pharmacodynamics of self-replicating drugs. In both of these areas my concentration is on bacteriophages (phages), the viruses of bacteria. Evolutionary ecology is the study of adaptation, particularly in terms of answering why questions, such as, why do organisms exhibit this behavior rather than another. A periodic emphasis of mine has been on the why of phage infection duration, called latent period. With longer duration phages produce more progeny, per individual infection, whereas with shorter duration they produce those progeny faster, at least on a per bacterial infection basis.

More recently I have been studying the ecology and evolutionary ecology of phage interaction with bacteria that are present in a more solid rather than planktonic phase, especially as seen on petri dishes or in biofilms. I use the information gleaned in order to better understand the ecology of phages in general, an important undertaking given that they are the most numerous organisms found on Earth. Since phages can also be used as antibacterial agents, so-called phage therapy, and there is extensive overlap between the idea of phages as ecological agents and phages as pharmaceutical agents, lately I have been applying my understanding of phage ecology to better understand phage therapy.

Though I have done experimental work, my primary emphasis, of late, has been more theoretical and synthetic. My goals are to understand and, where necessary, describe basic principles of phage evolutionary ecology and ecology. This I do by gathering up information found in the literature, looking for connections (synthesis of ideas), and developing both mathematical and descriptive models of how things at least should work.

[pdf] - Some links on this page are to Adobe .pdf files requiring the use of Adobe Reader. If you need these files in a more accessible format, please contact abedon.1@osu.edu