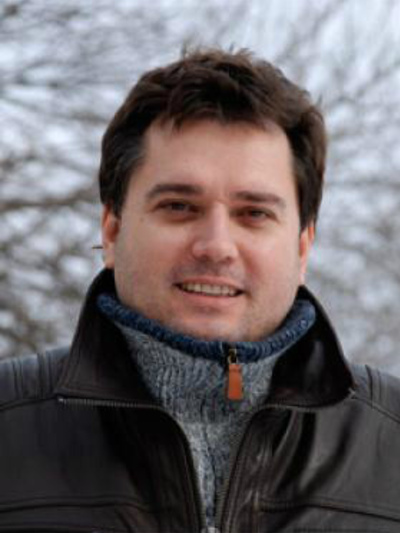 The c-type cytochromes are universal heme containing proteins that function typically as electron carriers on the p-side1 (positive) of energy-transducing membrane systems. They are distinguished by the occurrence of heme covalently attached to the polypeptide via two thioether linkages between the vinyl groups of heme and the cysteines sulfhydryls in a CXXCH2 motif in the apocytochrome c. The c-type cytochromes have been the focus of intense investigation from mechanism to structure but the details of their maturation remain poorly understood.

Remarkably, three distinct assembly pathways, referred to as systems I, II and III, have emerged through genetic analysis of c-type cytochrome maturation in bacteria, plastids and mitochondria (6), an unexpected finding for what appears on the surface to be a rather simple chemical reaction (i. e. addition of apocytochrome cysteine thiols to the vinyls of heme). Each system can be distinguished on the basis of sequence relationship of specific assembly factors. Yet, there is an underlying assumption that the three systems are united by common biochemical requirements for holocytochrome c biogenesis. Indeed, regardless of the experimental system under study, heme and apocytochromes need to be transported independently to the p-side of the energy-transducing membrane and maintained in a reduced form prior to catalysis of heme attachment (see Figure 1, above).

The plastid pathway or system II was discovered in Chlamydomonas reinhardtii. In this green alga, one plastid locus, ccsA3 and 6 nuclear loci (CCS1 to CCS6) are required for the assembly of membrane-bound cyt f and soluble cyt c6 , the two c-type cytochromes in the plastid lumen (6). However, the genetic screens have not been saturated and more loci could be revealed. At present, only ccsA and CCS1 are known at the molecular level and they encode novel membrane polytopic proteins. We have proposed that CcsA and Ccs1 act together in a heme delivery pathway from stroma to lumen and postulated that they operate with genetically-defined Ccs2, Ccs3 and Ccs4 factors through a 200 kDa complex that constitutes a cytochrome c assembly machinery in the thylakoid membranes (3,4). The characterization of assembly factors through the cloning of CCS loci and the purification and resolution of the CCS complex components still remain a priority of our research plan. Functional assignment of the CCS4 and CCS5 gene products in redox metabolism was inferred from the observation that ccs4 and ccs5mutants could be rescued by provision of exogenous thiols (2). The CCS4 gene has been cloned recently and shown to encode a novel redox component (unpublished).

The composition of system III that occurs in fungal and animals mitochondria appears deceptively simple in comparison to the complexity of system II in plastids. Despite exhaustive genetic analyses, only two factors have been identified: the CCHL and related CC1HL, two proteins localized in the intermembrane space and responsible presumably for thioether bond formation in soluble cyt c and membrane-bound cyt c1 ,respectively.The prevailing dogma was that CCHL and CC1HL show non-overlapping substrate specificity for their respective apocytochrome but we showed, in the S. cerevisiae model for the mitochondrial pathway, that CCHL does display intrinsic weak activity towards its non-cognate substrate apocyt c1, while CC1HL activity is strictly specific for apocyt c1 (5). The intrinsic weak activity of CCHL towards apocyt c1 can be enhanced by mutations in either CCHL (the enzyme) or in the apocyt c1substrate (e.g. mutations at the heme binding CXXCH motif), which provides for the first time definitive genetic evidence for an interaction between the CCHL and its cytochrome substrate (5). Through a multicopy suppressor strategy, we identified Cyc2p as a partner of CCHL (5). This molecule had been characterized previously as a "general" factor in the biogenesis of mitochondria, but its function is still obscure. We postulate that Cyc2p is a redox cytochrome c assembly component based on 1) the presence of a FAD cofactor bound to the protein, 2) the localization of the flavin binding domain in the intermembrane space where c-type cytochrome assembly takes place and 3) the redox activity of recombinant Cyc2p in an vitro assay (1). That additional factors are recruited to complete the assembly of mitochondrial c-type cytochromes is suggested from the finding that CCHL occurs in a 300 kDa complex in the inner membrane. We are now in the position to identify interacting components by resolution of the different constituents of the CCHL complex using affinity purification method and mass spectrometry. Once their identity is established, functional analysis will be carried out to define their participation in cytochrome maturation and other mitochondrial processes